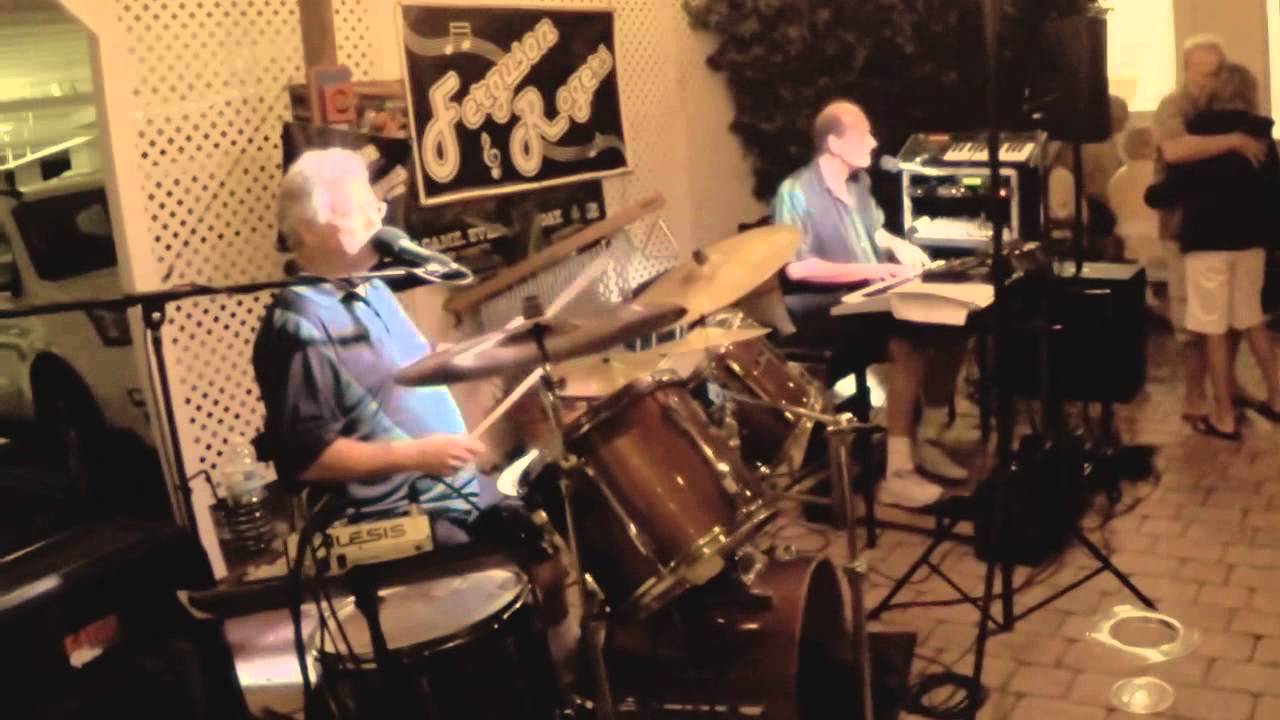 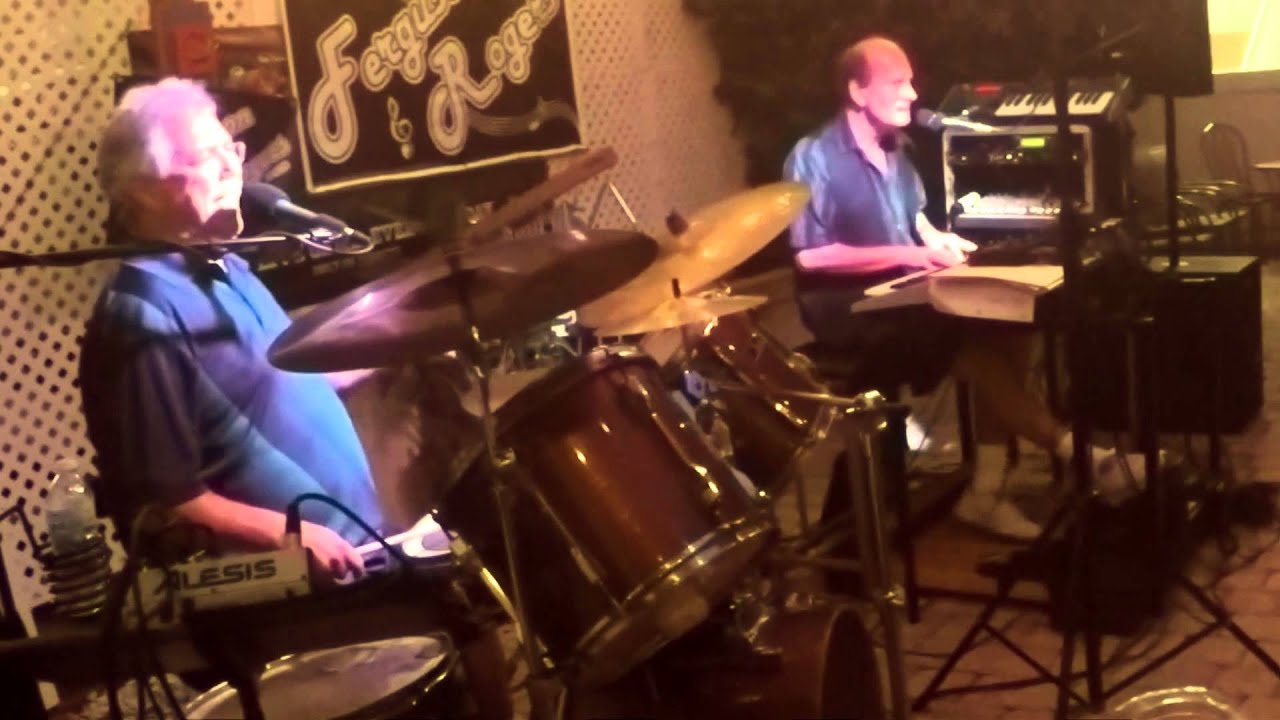 FERGUSON & ROGERS a product of 6 Months at this date, with most songs performed as requests from the audience, Paul and DJ are in the "DUO 101" stage of their new career as an experimental "local act". Experimental you ask?  For many years we talked about doing a "LIVE" act, as we did 30 years ago, without computers, Paul kicking Bass Pedals, limited rehearsal with emphasis on the "music of our day". Songs from the 40's through 90's, popular, familiar songs that "nobody else is playing". Possibly because they don't have a voice like DJ ROGERS in the band, or the visual aspect of a left foot doing what a bass guitar player would normally do. It may just be that FERGUSON and ROGERS have been in the music business long enough to know what people in their age bracket really like. Perhaps it's as simple as two capable musicians saying "let's play what we want, what we can play well, and what the people want to hear".   The end result is 2 years later it's a SOLID act with major success and immense future potential.   A YEAR LATER. Here a product of 18 months the Song List grows with every gig. Most songs are never rehearsed as a duo prior to performance. WHAT you say?  Age and experience do have their rewards.  DJ and Paul will discuss a song, Paul finds the vocal range and key, download's the "original" sound track, prints out the lyrics on card stock, "woodsheds" in his studio , calls it off on the job. During a break well discuss "how it went". Slow it down, speed it up, tag the ending, raise the key or lower it, etc., etc. For a request "on the spot" the band rules are: One of us has to have heard the song before, and know the lyrics. (well, some of the words anyway). Paul has 2/3 vote as he covers keyboards and bass. If it comes off "fair", Paul will go home after the gig, download the song, correct the mistakes and the next time it's performed, if acceptable, will "go on the list". Usually by the 3rd time it's played they "own it" ... after 5 or 6 times it's played, it's "tight". Many times they play a request "on the gig" and it comes out very well (unexpectedly sometimes), and it goes on the list that night.

Click to hear Dominic every Tuesday evening on WKDW Radio, North Port, Florida  Dominic Creticci is from Buffalo, New York...we played in bands together in the early 1970's.  "LISTEN TO THE MUSIC" airs at 2:00 PM and 10:00 PM. Every week Dom features local musicians as well as the Superstars from the good old days. You can also grab the show on demand.

And for all the zombies

You will NOT see musicians having more fun on stage than these guys. Retirement? What's that?

Your Coupon Was Redeemed Successfully!

Your Coupon Code Was Emailed To You. :)

It appears you already redeemed this coupon.

Your Review/Testimonial Was Received Successfully!