As we wrap up another winter season in SW Florida we've gotta say a big THANK YOU to our friends and fans who supported us over the months. All our private community gigs were cancelled due to Covid-19 but most of our weekly dates were fantastic. As the season progressed we saw more folks coming out as they got their Covid Shots, the numbers “dropped”, and they felt more comfortable gathering in groups, especially to the outdoor venues.

It's the beginning of May, 2021 and we are heading back to North Country New york for the summer/fall season. Though we have many jobs “in the book” we won't be performing any (public) dates until restaurant capacity and Social Distancing issues are addressed.

The New York State Legislature removed the governor's mandate for purchasing food to be served a “drink”, an Executive Order he signed in July of 2020. The 11:00 PM closing time has been raised to Midnight, a bonus for some establishments but still a losing compromise for others who could legally be open until 2:00 AM.

Many, actually most businesses are having difficulty finding employees, staff to work as they are making just as much, if not more money via the Pandemic Emergency Assistaance Program (PEAP)

So, all things considered, many musicians are in a “holding pattern” at this point.

If and when gigs are confirmed we will post on our website calendar. As the Canadian/American border is still closed we will miss our northern neighbors for another season. Should the border open over the summer we will welcome you all with open arms.

May you all stay healthy, be blessed, and know that we will beat this "life interrupting" inconvenience. We're AMERICANS, we're CANADIANS, we survived 9/11, we survived the "Disco Era", we dodged the bullet of Spiro Agnew becoming president of the United States. We WILL endure. The Stock Market will "come back", Disney World will open, and "Rock and Roll" will Rock and Roll.

Thank you, Everybody, for giving us PURPOSE as musician, entertainers for a whole career. Be looking for BOB HEIDERMAN who will be a VERY integral part of the band in the very near future.

Thanking JOE KUSTEK and BOB SEITZ for our new and improved website design.

Governor Cuomo eases restrictions...we may be back in business folks. Fingers crossed! 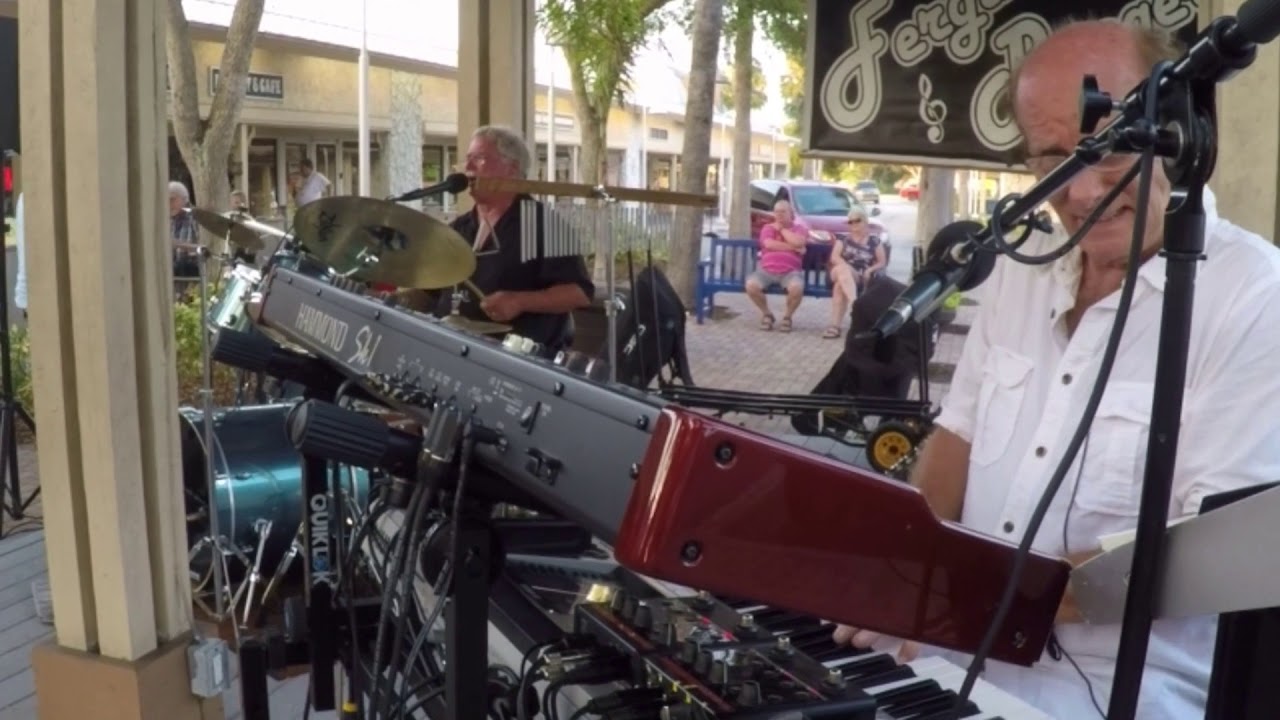 If you've never seen the FERGUSON & ROGERS Band you need to watch this 3 minute clip.

You'll see why we're a different kind of duo. Please,  step back and give us room.

Some Of Our Music Cataglog

Are you an American Veteran in a branch of Military Service? WE honor YOU in most every  show. Come by for a SPECIAL THANK YOU for your service to our country.

FERGUSON and ROGERS BAND is a totally self contained band with sound re-enforcement including a combination of speakers and powered bass sub cabinets insuring a FULL, balanced sound to cover the room or concert area. As opening act for many national acts (Charlie Pride, Tanya Tucker, ALABAMA, George Jones, Willie Nelson, Conway Twitty) Ferguson & Rogers mixer plugs into their system and suddenly we're playing to 5000 people. (size does matter)

With a fully loaded '8 X 10' enclosed cargo trailer following them to the gig, they come prepared to entertain up to a 800 seat room or arena.

Staging Area must be large enough to accommodate a FOUR piece band.
ONE AC Outlet with 110 volts (20 amp) within 50' of stage.
Most musical gear is on wheels... ramps are appreciated if staging area is NOT on level ground as our vehicle.

Steps and upper levels will be negotiated.
Parking for full size car with attached 8 X 10' trailer after equipment is unloaded.
A dance floor or dance area is most welcome by many in our audience.
Ever conscious of air conditioning and heating expense, your doors will be open about 1 minute while we bring in our equipment.

Permission is granted to use any photos, videos, text, or other information displayed on our website for the purpose of advertising and promotion of our appearance at your establishment.
Use of our URL as a hyperlink and Facebook group page is encouraged as we will connect YOUR website to ours for direct contact to YOU for customer directions, reservation, hours, etc.

WE request permission to play “over-time” if our crowd is actively participating, YOUR servers and bartenders are “busy”, and the neighbors don't complain.

Ferguson & Rogers Band is NOT an "Easy Listening", Background Music, "could you turn it down, we're trying to talk" type of act. (although some events begin this way, we will accommodate, of course)

Our audiences occasionally like to start dancing and singing right away. We do have a PLAY LIST as a reference to the hundreds of songs we play, but we don't use a SET LIST... we observe the room "energy" before deciding what songs to begin the show with.

However, we'll be in "performance mode" from song one. That said, we have outgrown the smaller venue, TIKI Bar, Piano Bar Lounges, and many Assisted Living facilities "Parlor events".

Outdoor venues: PLEASE make sure your auto sprinkler systems are on OFF until we're loaded up and out of sight.

A 60 Minute set-up condensed into a minute...3000X real time (but just as exhausting) 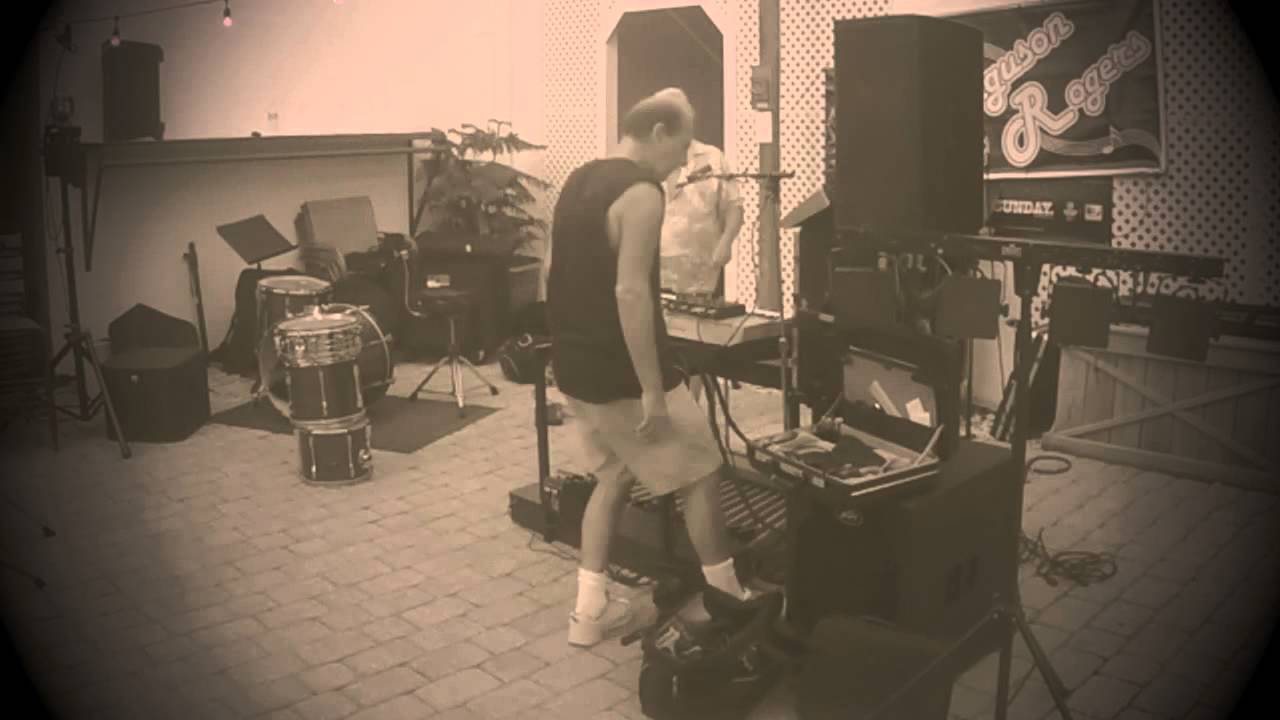 A quick note on guest sit-ins: If we know the song we will likely let guests sing a song or two, or guitar/horn/harmonica player join us on stage. 3 Rules: F & R must know the song, YOU must know the song AND key, Know the lyrics. We are NOT Karaoke though a Karaoke singer is welcome on our stage BUT NOT if you sing to a cell phone in your other hand, reading lyrics.

While in Florida, SCOTT CASEY is our Sound Guy, with other attributes to the F&R Band and is making us sound magnificent from what we're told.

Your Coupon Was Redeemed Successfully!

Your Coupon Code Was Emailed To You. :)

It appears you already redeemed this coupon.

Your Review/Testimonial Was Received Successfully!